1904RT riders have been busy racing across the UK (venturing as far as the ‘Cold Dark North‘), and parts of Belgium and Spain this season – and now seems a good time to take stock of what’s been ticked off so far.

Results have poured in from road races, crits and time trials – the most recent result seeing Andy Critchlow collect fifth at the European Masters Champs.

Here’s a round up on each active rider’s results. Yes, it is alphabetical. No, none of this could have been achieved without the support of our lovely local bike shop, Maison du Velo, and founding club Norwood Paragon.

See all results: BC club page

A busy summer than began in March sees Michelle hold the “biggest point scorer” award, on 122 before taking a mid summer break.

A top 10 at a Women’s National Team Series race was a big goal for Michelle – and one she achieved in July at the Oakley Road Races, with eighth place, having missed out at the April Coalville Wheelers event, with 13th after a lap long break.

May saw a win at the Goodwood Gallops, after a breakaway effort from around the 20 minute mark, plus third at the Cross End Road Race following a break from the half-way point.

Dipping her toe back into time trials, Michelle scooped up two wins and PBs, with 59.24 on the H25/8 and 20.45 on the sporting Horne circuit.

Helen began the season with a handful of crit races – picking up 6th, 9th and 7th.

However, her primary goal of the season was a much longer affair: riding the 3,460 kilometre route of the Tour de France, just one day ahead of the pros. Helen completed the epic ride alongside nine other women, as part of the InternationElle squad.

Critch has had a stream of solid results – many of which resulted from courageous “from the gun” breakaway efforts.

The first of these was sixth at the Roy Thame Cup National B road race, in March, followed by 20th at the Norwood Paragon promoted Les Ingman Road Race.

Come the second round of the National Masters Series, Critch scooped up second overall and first in his age group at Hog Hill in April, taking a win at the Dunsfold Vets series in May.

In June, Critch won the LVRC South East Regional road race champs, before heading to Belgium for the OVWF Izegem kermesse, where he was second.

Most recently, Andy joined a breakaway group at the European Masters Championships in Holland. Driving the pace throughout, he came away with 5th – a good omen ahead of the National Masters champs.

Gemma has had a busy year outside of racing, with work and exams taking precedence.

However, she’s collected some excellent results at Sussex Cycle Racing league’s Preston Park series, with a second place in May.

At the Coalville Wheelers round of the Team Series, Gemma took one for the team, time trialling most of the race to secure points available for finishers.

Delaying the start of her season to complete her final year at university, Anna has been working her way back to form with impressive speed.

She placed fifth at the Team Milton Keynes Central League Road Race, before turning her legs to short sharp efforts with a podium at the Andover Cycling Festival crits.

At the Kingston Wheelers Maria Thompson Memorial Road Race on the Staple Hill Circuit in nearby Chobham, she sprinted to second of the seniors after a cagey race where no breakaway was allowed to escape.

Another solid result came at the Bekhampsted Cycle Club RR, with sixth place.

Ralpha has mostly been racing at the Crystal Palace crits, alongside Ben and Chris Moores.

Results so far have included seventh place, and a fourth – just one step away from that coveted podium.

Former [World Championship medal winning] rower, Mathilde has been marginally hampered this season by her ambitious goal setting: aiming to lose the first cat license which has rendered the vast majority of women’s road races out of her grasp.

Despite this ambition limiting her ability to compete “too often”, she’s still picked up an impressive string of results.

These include more early time trial wins than we’re able to list, plus two wins at Hog Hill – one in April and the other in June.

At the Tour of Sussex, where 1904 fielded a team of five riders, Mathilde was able to claw her way into the top 15 amongst a stacked field with some organised teams.

Mathilde also picked up First Female at the International Triathlon Union (ITU) Aquabike world champs in May – you can’t get BC points in triathlon: clever planning!

Our youngest rider, fresh out of his GCSE year, Jamie has enjoyed a busy racing season – competing mostly against seniors despite the hindrance of junior gears.

At Surrey League Handicaps, his best placing was 11th, in May – and an early season Hillingdon crit saw him score fourth.

Joining us from a time trialling background, Tina has been busy picking up her road racing stripes – targeting handling with a series of fast paced town centre crits.

At the Andover Cycling Festival Criterium, she secured sixth – before scoring big time at the National Masters Circuit Race champs, with second in her age group.

Carolyn’s primary goal of the season was to obtain her second category license: a target she’s achieved and far surpassed – currently sitting at 58 of the 40 points required.

It was a win at Hove Park Crits which saw Carolyn gain her newly upgrade license, and she also placed third at the Preston Park circuit in May. 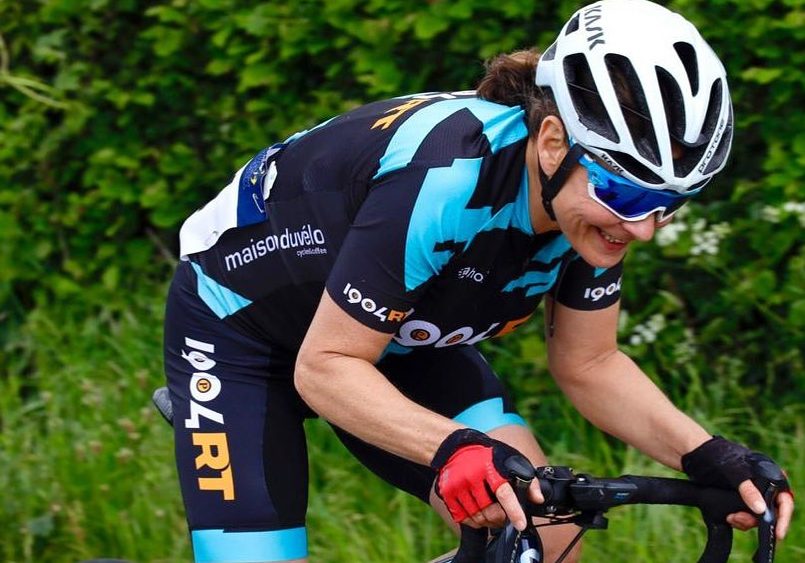 An unending source of support for the team in its inaugural year, Viv has been racing her way through a house and job move.

Taking on Team Series races, she competed at the most rounds of the six event collection – racing the Milton Keynes, Coalville and Dave Peck editions – as well as the testing Tour of Sussex.

Viv collected a win in June, at the Bovingdon circuit, as well as an 8th and 6th place during the series.